From May 2 through 6 I was able to go to Washington, D.C. with my great friend, Camille. We 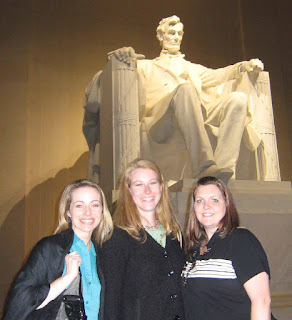 had so much fun! We stayed with friends, Jaimee and Trey, in Fairfax, VA. We went to some not-so-traditional, but interesting sites while there. First, we went to the Smithsonian of Health and Science. I know, you've probably never heard of it, but it was very informative. You know, things like elephantitis, bezoars (look it up, eww!), and other weird stuff. We also went to Arlington Cemetary and saw the changing of the guards. Very sobering. That night, we saw the monuments all lit up, that was cool. The monuments in DC totally live up to what you'd expect. Camille had a bladder splitting time at the Lincoln Memorial. ;)
The next day we went to Baltimore, MD. We spent the day at the inner harbor. The "Bodies" exhibit was there, so we saw that. If you've never heard of it, it's actual human bodies that have

been preserved with some sort of plastic injections. The fingernails, eyebrows, and hair are all still attached. it's very disturbing, but cool. Obviously we were on a health and science kick. I think part of it has to do with the fact that Camille is going to school for nursing, so it's kind of natural to gear toward those types of things. We ate seafood on the water, watched some interesting people, and had a great time.
So, the next day, Camille and I ventured out on our own. We had a GPS, so we thought we'd be fine and we were for the most part. We decided to go to the Printing and Engraving Museum to see money being made. We found the place fine and I dropped Camille off to get the tickets while I was going to drive around the block. Easy enough task, right? Well, it was. The first time. Somehow on the second time around, not so easy! I ended up on some bridge (and you know how I love bridges) going away from the place I wanted to be. I was on some road that had ZERO turn arounds for like 10 miles, then I turned around, but of course I had to go 10 miles the other way. I was depending on the GPS to get me back, so a half hour later I was close to where I needed to pick up Camille. I turned down the street and lo and behold, I was on the bridge going the wrong way, AGAIN!! Ahh, I was so frustrated! Another 10 miles down the same road and 10 miles back. Finally, I got back to the building. Camille was very patient, thank goodness! Anyway, we saw them make some money, which was pretty cool. We made a quick jaunt over to the holocaust museum. There was such a reverence there.
When we finished there, we drove to Mt. Vernon.

It was beautiful there. We got there too late to go inside the grounds, but from what we saw, beautiful. We only stayed there for a short time. We left and were on our way back to Jaimee and Trey's when we decided our toes needed a little attention. We stopped at some hole in the wall salon to get pedicures. The place we stopped was a little questionable, but our toes ended up gorgeous!

We got back to the house and Jaimee was baking and cooking up a storm for Camille's birthday dinner. We had broiled (almost smoked out) shrimp, asparagus, awesome salad and yummy rice. 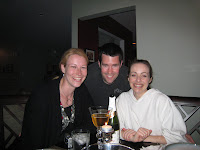 Camille, Trey, Jaimee
We then had carrot cake that was amazing! 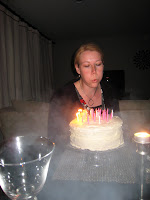 I love this pic of Camille!
To finish up the trip, we went to the spy museum. It was kinda cool to see all the sneaky stuff. We then tracked down a Chevy's to enjoy some chicken flautas which are a must have. Now that Utah doesn't have any more, we have to get it when and where we can!
Wait for it... 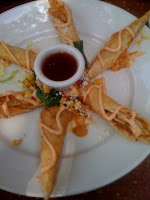 That sums up the D.C. trip. We had an awesome time and can't wait for our next trip. Hmmm...better get planning something!