First of all, thank you so much for all the birthday wishes!!! Second, there were a few comments asking how the pumpkin pecan cheesecake was. It was awesome!!! I think they have it until Thanksgiving, so hurry and go get some, it's totally worth the calories!!!

So, on Saturday, my actual birthday, I decided to sleep in as long as possible. I went to bed the night before at like two o'clock the night before. So, that should mean I would sleep until at least ten and maybe even 11. Yeah right! I was wide awake at 8:30. Lame!!! Anyway, I met Stephanie and Michelle (aka Bailey) at Bajio for lunch and then headed out for a shopping spree. Steph just got a new job (congrats, by the way!) and I'm looking for a new job so of course we needed new clothes! We spent way too much money, but got some fun things. It's a good thing we don't work together because we got almost all the same stuff.

Later that evening, I went to dinner at Paradise Bakery (yummy!) with my roomies and a couple others. Here are some pics from that night.
Thanks everyone for a great birthday!!! 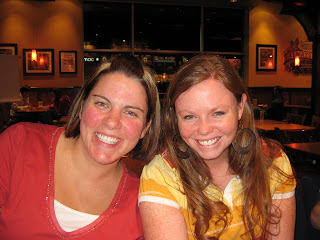 Jenny and her fiance, Alan (hey, only two and a half more weeks guys!) 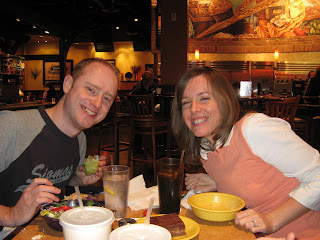 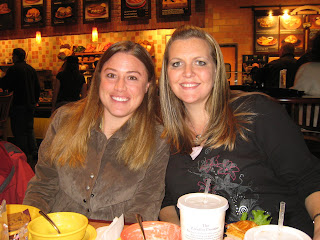 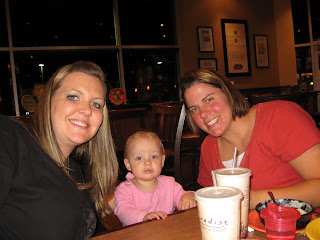 Looks fun! I miss Paradise Bakery...there aren't any out here!!! :(

Fun fun! I think you should drag out the birthday celebration as long as possible. Live it up!

I'm glad you had such a fun birthday! I don't know if I realized we were so close together!