A friend of mine, Liz, knew this girl that rented out an entire theater for the opening night of Twilight. Sarah, Matt, Jenn, Michelle, Jenny, Alice, and I all got tickets to attend. The girl that rented the theater ended up making a ton of gift bags for everyone as they got there...way too much work if you ask me...but we all enjoyed it! The little bags had vampire teeth, a Cullen necklace, and blood suckers (they were really regular suckers with a blood type on them...clever). Along with the gift bags, there were tons of prizes that they drew names for, so that was cool too.
The movie was awesome! I know that some people were disappointed because of lack of character development, there were things left out, and cheesiness. I have to say though, if you read the book, you don't need tons of character development, so I thought there was enough. Hello people, how are you going to have a movie from a book and fit EVERY little thing in it? There just isn't enough time. Also, the cheesiness? Um, it's a VAMPIRE movie. Nuf said.
I absolutely loved it, so maybe I'm a nerd. I don't really care though because I have now seen it twice and I'll probably continue to see it.
I really thought I'd be annoyed by the guy that played Edward, but he grew on me and he was great!
Anyway, I totally recommend it! 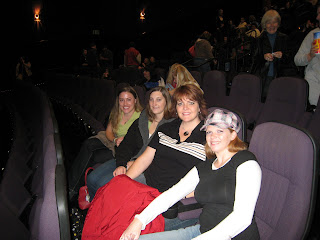 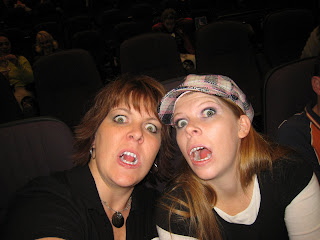 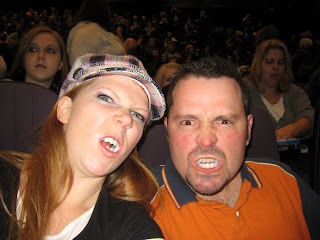 I agree, totally loved it and it'e cheesiness!!

Wow, how did she rent out a whole theater?!? Looks like fun, I still ...and i love the fangs!

The whole theater, and gift bags?? That's crazy! I enjoyed the second half of the movie....Edward did grow on me thank goodness. So what's up with the 100 caramel apples?

I agree with the cheesy parts, but I loved it. I've seen it twice and hopefully again. What a cute idea for the gift bags.

So I would have seen you there! I had 2 tickets to go, but turned out that we headed West that night and I had to give them away :( I still haven't seen it, but can't wait!!! sounds like a fun night.